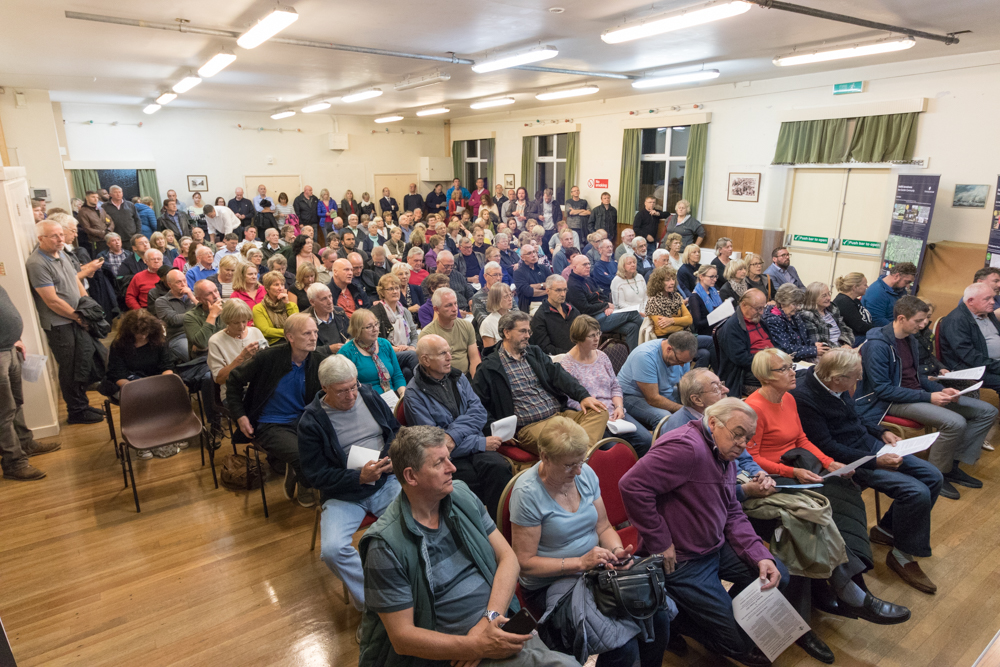 Thursday 21st September was a busy day for Nutfield Parish Council (NPC) as they held two separate meetings regarding the proposal to develop Redhill Aerodrome into a Garden Village of some 8,000 houses.

In the morning they met with about 25 of the businesses that currently operate from the existing facilities at the Aerodrome. This innovative initiative is the first time that the Parish Council has had direct contact with the businesses that are based in their Parish.

Chairman John Johnson said:
“As a Parish Council we are mindful of the fact we should represent the businesses based within the Parish as well as the residents. This meeting is the first step in that process.”
“The proposed development will force all of the existing business activities at Redhill Aerodrome to either close or move,” NPC Chairman John Johnson added.
“This represents a loss of some 450 existing jobs which is completely unacceptable and this fact appears to be currently totally disregarded by the promoters of this scheme. We sincerely hope the Tandridge District Council will acknowledge this fact and act accordingly.” 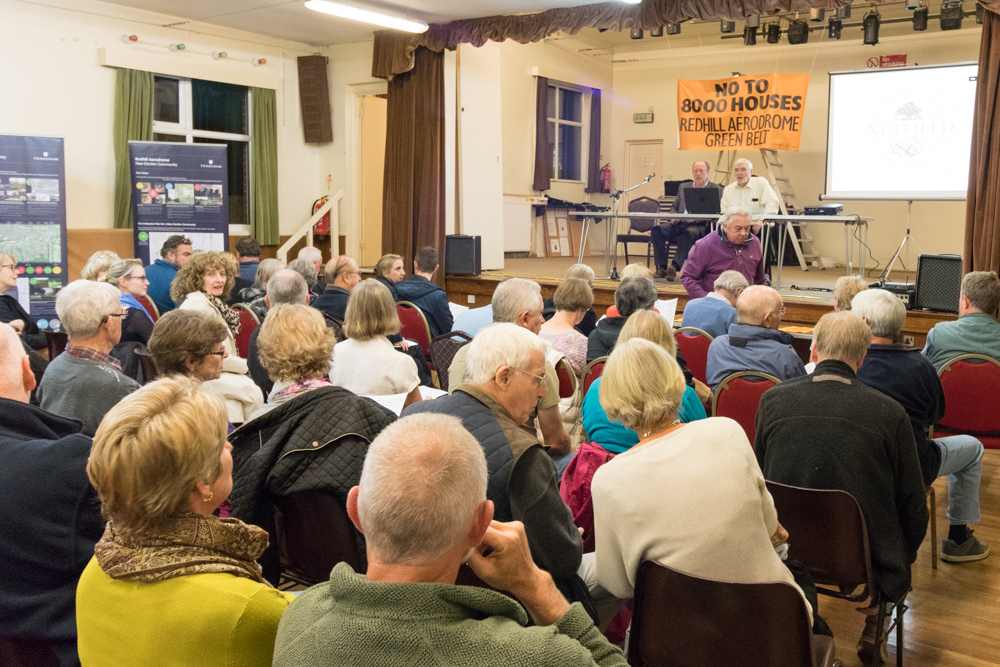 Later that evening NPC hosted a meeting that was attended by over 200 parishioners. An audio visual presentation was made by Councillor Stephen Hall which was followed by a question and answer section which was fielded by NPC Vice Chairman Paul Murray. Murray has nearly 25 years of experience in planning matters relating to Redhill Aerodrome.

The meeting aimed to provide residents with a greater understanding of the Tandridge Consultation process and encourage people to become directly involved and express their views. NPC have a long established position of opposing inappropriate development within the Green Belt.

Chairman Johnson said:
“It’s been a busy but very successful day. I believe we have been able to help both the businesses and our parishioners to better understand the Garden Village Consultation process. Greater input from Nutfield residents and businesses should, we hope, encourage Tandridge District Council to understand why we are so opposed to the proposal at Redhill Aerodrome, which will not only destroy a huge part of the Green Belt but also many successful businesses some of which have operated successfully from there for years.”

Copyright Nutfield Parish Council All Rights Reserved © 2018
Redhill Aerodrome – News is, There is No NewsNews Release